Ekaterinburg was founded on the eastern slopes of the Ural mountains nearly three hundred years ago. The official date of its foundation is considered to be 7th (18th) of November, 1723. At this very date one of the European best iron-making works of that time was put into operation. The plant-castle of Ekaterinburg, the seat of the management of all metallurgical and mining enterprises of the region, became an important outpost in the development of the vast areas of the Urals and Siberia. In 1781 Ekaterinburg was granted the status of a town. In the 19th century it turned into a large centre of industry, commerce and, subsequently, banking. Lying on the border between Europe and Asia the city played an important trade-intermediary role. In 1923 Ekaterinburg became the administrative centre of the vast Urals region (it was called Sverdlovsk from 1924 to 1991). In the 1930s, giant plants were constructed here, which brought about a considerable increase in the population. During the years of World War II the city turned into a huge arsenal of military technology and armaments. After the war Sverdlovsk continued to develop as a major industrial and cultural centre in the Urals. In 1967 its millionth resident was born.

Today Ekaterinburg is a city with the population of a million and a half and a powerful industrial and research centre. Its heavy transport and chemical engineering plants, non-ferrous metallurgical works and military industrial enterprises occupy a leading place in the national economy. There are about 15 institutions of higher education in the city; it is the seat of the Ural Branch of the Russian Academy of Sciences. 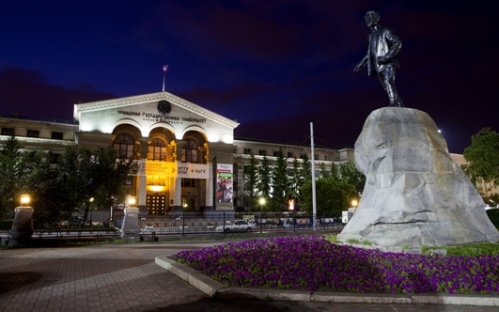 Ekaterinburg is a major business centre in Russia. Its financial and banking institutions take an active part in Russian economy, making a substantial contribution to the development of cooperation with foreign countries. More and more foreign companies have successfully operating representative offices and joint ventures here. Ekaterinburg's unique geographical position on the border of Europe and Asia offers broad opportunities for assuming the role of an important centre of cooperation between East and West. 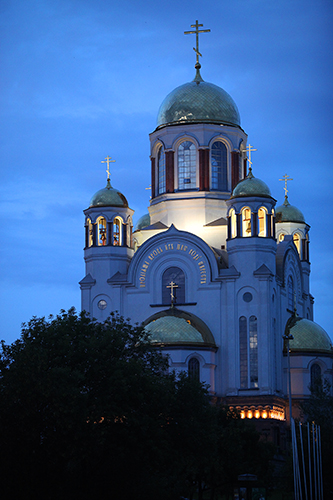 The Cathedral on Blood

Ekaterinburg is a large junction of seven railway routes. The daily life of the city is provided for by its social infrastructure. Its numerous shops, public catering facilities, trams, trolley-buses, buses, and metro render services to its residents and visitors. The city has dozens libraries, cinemas, concert halls, children's music and art schools. Its Opera House, Drama Theatre, Musical Comedy Theatre, Theatre of Youth, Puppet Shows Theatre, Philharmonic Society, and Circus are well known in the country. 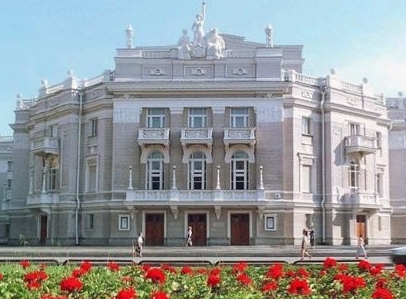 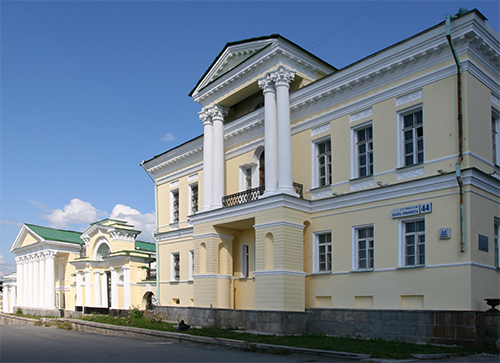 More than 600 monuments of history and culture are located in the city, and 43 of them are considered to be top national monuments because of their special significance.